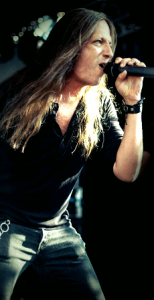 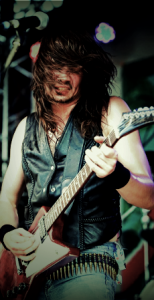 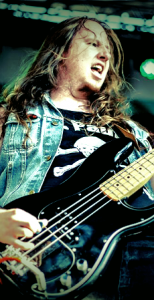 ROADWOLF’s thrilling live sets and numerous sampler contributions have long since ensured a loyal fanbase –
in November 2020 the band will now launch their debut album „Unchain The Wolf“.
On their first long player, the Austrian band is going wild with ten energetic titles that conjure up the spirit of classic heavy metal and each of which has what it takes to become a hit.
Already with the first pre-single „All Hell is Breaking Loose“ the street wolves tear us from our seats and deliver a massive teaser on the album which will be released in November.

The four street wolves have been doing their mischief for a while now: EPs, demos, sampler contributions, a gig at Wacken, various festival shows, support shows with Enforcer, Skull Fist, Bullet, Lizzy Borden, Vicious Rumors, Night Demon and many more: it’s boiling in the underground.

ROADWOLF perform as a classic 4-piece line-up: vocals, guitar, bass and drums – enrooted in the heavy sounds of the 70s and 80s, this band will make no compromise in their show and sonic attack!